Macrobiotics was a term originally used over 2,000 years ago by the ancient Greek physician Hippocrates, who many consider to be the father of western medicine.  The term "macrobiotics" means "long life" and is derived from the Greek words "macro" (meaning large/long) and "bios" (meaning life).

The macrobiotic philosophy is based on principles created by Japanese army doctor Sagen Ishizuka.  Ishizuka studied both western and eastern medicine extensively, and after formalizing his own dietary principles, he cured many patients of disease by having them eat a traditional diet based on brown rice and a variety of land and sea vegetables.  Ishizuka criticized the west's modern medicine and dietary theories, and recommended the Japanese traditional diet of whole, unrefined foods, with little or no dairy or animal foods.

In the early 1900's, Japanese dietitian George Ohsawa restored his own health using Ishizuka's principles.  He later established his own organization, devoting himself to the teaching of the Yin/Yang philosophy and dietary principles learned from Ishizuka.  Ohsawa approached food and medicine based on the understanding that we are continually influenced and affected by our diet and lifestyle.  With macrobiotics, our environment, our relationships, the food we eat, the area we live in, and how we interact with the world around us are adjusted to achieve balance.  Ohsawa devoted his life to lecturing around the world, and to writing on the macrobiotic philosophy and its application until his death at the age of 74.

Michio Kushi, together with his wife Aveline, expanded on Ohsawa's teachings and founded The Kushi Institute in 1978.  The institute is considered the leading macrobiotic educational center in the world. 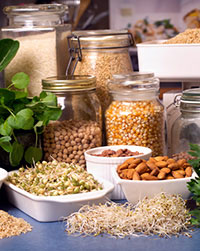 Macrobiotics goes beyond simply eating certain foods and avoiding others.  Similar to the Ayurvedic philosophy, how the food is prepared, the cleanliness of the kitchen, and the mood and state of mind of the person preparing it, affects both the quality and nutrition of the food.  The way that the food is eaten is also important.

Some people consider the rules of macrobiotics to be quite complex and rigid.  Meals should be eaten when feeling relaxed, with good posture, and with a sense of gratitude.  Each mouthful should also be chewed thoroughly.  Food is only eaten when hungry, and eaten to the point of satisfaction, not fullness.

Macrobiotics is predominantly a vegetarian diet that places heavy emphasis on grains, beans, and local vegetables.  High fat and highly processed and refined foods are avoided.  There is an emphasis on fermented soy products.  Many common foods on the standard American diet are prohibited.  On the subject of drinking water, the macrobiotic approach is to only drink when thirsty.  Some nutritionists find this questionable, believing that by the time the body experiences an urge to drink, it is already in a mild state of dehydration.  There is a heavy reliance on high amounts of salt, which is considered an important aspect of flavoring, especially as sugar is not recommended.  Some nutritionists are concerned that the high salt content can lead to hypertension and high blood pressure.  This, combined with not drinking water until you are thirsty, increases this concern.  But in defense of the macrobiotic diet, this has been found not to be the case.  High blood pressure is uncommon when the diet and lifestyle are strictly adhered to.

Because of the strong emphasis on Japanese foods, some of foods recommended are not easily found in other countries.  As a result, the macrobiotic diet has been adjusted to incorporate more westernized food choices.  This adaptation also recognizes that biologically, our bodies adapt to digest the foods that our ancestors ate, hence why certain ethnic races can digest foods that others do not tolerate as well (dairy is a good example of this, with certain traditional cultures like Swiss mountainous tribes consuming high amounts of dairy with no health issues, and others who find dairy difficult to digest).  Certain types of fish and other animal foods are also included as choices according to individual needs.

Various macrobiotic diet pyramids adjust both the type of food and the amount of food eaten based on geographical regions of the world. 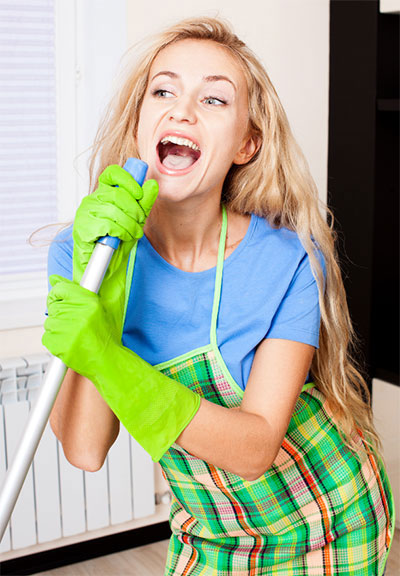 The macrobiotic lifestyle is not only about being nurtured by the food we eat, but also about spiritual nurturing.  Keeping a sense of humor is considered especially important, and it is recommended to sing a happy song every day.

It is interesting to note that both Kushi and Osawa both smoked cigarettes.  Kushi believed that lung cancer can arise from the consumption of dairy foods.  For more information on macrobiotic living, please explore the The Kushi Institute website.