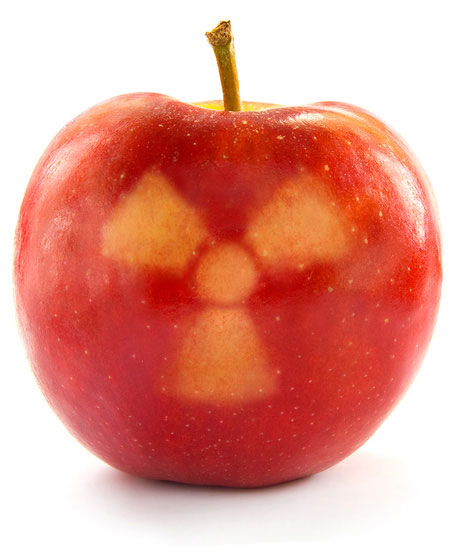 Also known as "cold pasteurization," food irradiation is a method of food preservation where foods are treated with ionizing radiation.  The process exposes foods to doses of radiation in the form of gamma rays, X-rays, or electron beams.  Irradiation can kill bacteria in food (both dangerous and healthy), but it has no effect on viruses or agents that cause infectious diseases.

There are two methods used to irradiate foods:

Gamma rays can penetrate foods to a greater depth than electron beams.  Electron beams are not produced from radioactive sources, but they do produce ionizing changes in food, just as other forms of irradiation do.

Microwaving food is another form of food irradiation (similar to irradiating food, but using a different wavelength).  Read about the various studies that reveal not only does microwaving food destroy important nutrients, as well as render others less bioavailable, but they have been conclusively proven to have a detrimental impact on the blood and various systems of the human body.

Microwaves - why you should ditch them...!

Irradiating food reduces the number of microorganisms in foods that can cause disease by killing potentially harmful bacteria and parasites.

Reports of food-borne illnesses such as salmonella, clostridium botulinum, staphylococcus aureus, campylobacter jejuni, cyclospora, toxoplasma gondii, and E. coli have caused public health experts and government officials to look for ways to prevent and control the contamination of food.  But while irradiation can kill, inactivate, or substantially reduce the number of potentially dangerous organisms in foods, it will not eradicate all dangerous pathogens.  It also destroys healthy nutrients and beneficial bacteria, and can be harmful to our health.

At this time, the FDA has approved the use of irradiation on many popular food items, such as beef, pork, lamb, poultry, wheat, wheat flour, vegetables, fruits, seeds for sprouting, spices, and herb teas.  It has especially taken a foothold among spices and imported fruits.  Dairy is not included as it is already pasteurized (unless purchased as raw dairy).  Many more food items are under review to be added to the list.  Manufacturers such as Omaha steaks use irradiation as a selling point for their beef to prevent risk of pathogenic E. coli or salmonella transmission.

In general, manufacturers have been slow to adopt irradiated foods.  There is insufficient information on how it affects food, and on the health and safety of its use.  Not all food authorities support irradiation, and even those in favor recognize that there is no substitute for good food sanitation habits.  Irradiation can only help control the contamination once it occurs, but it does not address the important issue of prevention.

It is interesting to note that when microorganisms are exposed to irradiated foods and nutrients, they avoid ingesting them.

Why We Should Avoid Irradiated Foods

No one knows the long-term effects of eating foods that have been irradiated, nor the effects of feeding babies or children diets containing irradiated foods, because no long-term human health studies exist.  We know that studies on animals fed irradiated foods have shown increased tumors, reproductive failures, and kidney damage.  Chromosomal abnormalities occurred in children from India who were fed freshly irradiated wheat.

The research used to approve irradiation does not fulfill current scientific protocols required by federal law.  The study of how irradiated foods affect the human body lasted for only 15 weeks before it was discontinued, and irradiated foods were pronounced safe for human consumption.  The FDA based its approval of irradiation on poultry from only 5 of 441 animal-feeding studies.  Marcia van Gemert, Ph.D., the toxicologist who chaired the FDA committee that approved irradiation, later said, "These studies reviewed in the 1982 literature from the FDA were not adequate by 1982 standards, and are even less accurate by 1993 standards to evaluate the safety of any product, especially a food product such as irradiated food."

The 5 studies were not a good basis for the approval of irradiated foods consumption because they:

The Center for Food Safety has also expressed concerns about potential carcinogens created in the irradiation process, such as benzene and toluene.  The cumulative effect of an irradiation-heavy diet over time may be cause for serious concern. 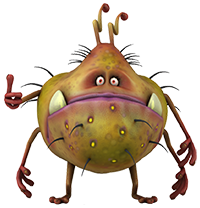 The shortsightedness of the biochemists in the quest to develop GMOs has resulted in strains of superweeds and superbugs that have become uncontrollable in our environment.  This is because the weeds and insects have adapted to the pesticides engineered within the GM crops, rendering the pesticides ineffective and requiring even stronger and more toxic substances to control them.

When food is irradiated, there is a strong chance that the bacteria surviving the irradiation process can mutate and become radiation-resistant.  This would not only make irradiation ineffective, it can also potentially lead to the strains of bacteria that are more dangerous and more resistant to current antibiotics.

Dr. Geraldine Dettman, a Brown University safety officer, stated, "At doses of 100,000 rads on fruits and vegetables, the cells of these foods will be killed, and most insect larvae will be destroyed, but fungi, bacteria, and viruses growing on the fruit and vegetables will not be killed...  They will be mutated, possibly leading to more virulent contaminants."

Irradiation can provide a false sense of security because it can be used (or "abused") as a tactic to cover up poor sanitation practices in our food production.  Factory-farmed meat is a clear example of how poor sanitation practices, filthy living conditions for animals (requiring the continual administering of antibiotics), and the pollution of our waterways with chemical fertilizers and massive quantities of animal excrement should be far more important that irradiating food.  Recalls and outbreaks such as salmonella that are due to unclean farming practices can be hidden behind food irradiation, effectively protecting the agricultural industry from recalls and litigation.

Fundamentally, if food is irradiated, unsafe farming practices become ignored.  Instead of employing more expensive methods to separate toxic materials, the chemicals and biochemicals used can simply be irradiated.  The meat industry may be tired of recalls, but they are not learning the lesson.  Instead, they are looking for shortcuts.  The solution is not to irradiate food because it may have salmonella or E. coli in it.  The solution is to process and prepare food in such a way that these contaminants do not exist in the first place.

It is important to realize that irradiation does not eliminate many contaminants such as those in urine, feces, and vomit.  It also does not destroy viruses (including the one associated with mad cow's disease).

Irradiating foods produces toxins including benzene, formaldehyde, formic acid, and alklycyclobutanones.  All of these chemicals are damaging to human health.  New compounds can also be created for which no long-term testing on the body exists, such as radiolytic products.  Some of these products are known cancer-causing substances.

How to Identify Irradiated Foods 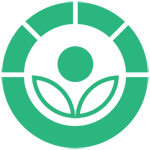 The FDA requires irradiated foods to include an international symbol called the "radura" - a picture which resembles a leafy plant in a circle.  But as usual, there is a labeling loophole.  Manufacturers are not required to print ANY irradiation disclosure or symbol on their food labels if the product contains at least ONE item that has not been irradiated.  So, for example, if a product contains 5 ingredients, 4 which are irradiated and 1 which is not, the manufacturer no longer has to display the irradiation symbol.  This makes the symbol close to worthless.

Even though consumers have the right to be able to easily determine which foods have been irradiated so that they can be avoided, the FDA has severely impaired consumers' ability to identify irradiated foods on store shelves.  The same issue exists with regard to GMOs in our food chain.

The government's failure to protect our food...

By not conducting any long-term studies to determine how safe or dangerous irradiated foods are, the government is showing a complete lack of responsibility when it comes to the subject of public health.  Undermining the public's ability to make an informed decision on irradiated foods turns us into a walking chemistry experiment.  Until such a time as long-term health studies exist, the very least the government can and should do is enforce labeling laws to require any irradiated food to be clearly identifiable.

Buying fresh, organic produce (local if possible) is the best approach to minimizing or eliminating irradiated foods from your diet.  Eggs, dairy, and meat from local farms and farmers markets is also a great choice.