Check out our articles on nutrition and natural healing! 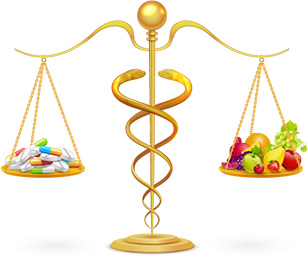 When it comes to treating cancer, there are several options available that offer various types of therapies and protocols.

Broadly speaking, they fall into the following 3 categories:

Let's explore these in more detail. 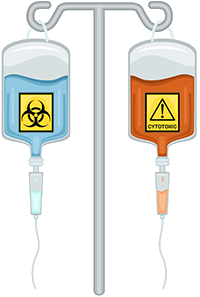 Conventional medicine focuses primarily on chemotherapy drugs and radiation to treat cancer.  It is a "trauma-based" response to the disease, meaning that once the body has succumbed to cancer, the medicine is used as a method of attacking or destroying the disease.  This is done by using one or a combination of the following therapies:

Although conventional treatments such as chemotherapy, surgery, and radiation can help to destroy cancer cells and remove tumors, they are focused solely on the destruction of the malignancy.  They do not place any focus on addressing the root cause of cancer.  Nor do they place primary focus on strengthening the immune system to prevent recurrence.  This is why treating cancer without removing the diet and lifestyle factors falls far short of being called a successful approach to cancer treatment.  In essence, all it does is treat the effect, not the cause while seriously damaging the immune system.  This is why the recurrence rate of cancer is high, and why when it returns, it is much more aggressive the second time around.

Conventional medicine success rates are much higher when used in conjunction with natural methods of healing cancer.

The Drawbacks of Chemotherapy & Radiation

Broadly speaking, traditional treatments are unquestionably toxic.  They are considered both highly invasive and highly destructive to the body.  The agents used to destroy cancer also destroy healthy cells and can seriously damage an immune system that is already compromised.  Sometimes, the treatment can be worse than the disease.  Often, chemotherapy drugs can only promise a limited chance of success, while the drugs themselves cause side effects that seriously impact the quality of life for the remaining time left.  Toxemia from chemotherapy drugs is a common cause of death in cancer patients.

When someone is diagnosed with cancer, the traditional approach is to get standard treatment ASAP.  These treatments often include surgery, chemotherapy, and radiation.  Patients are warned that failure to begin these treatments immediately can significantly reduce their chance of survival.  Yet there are many that disagree with this approach, including doctors themselves:

Oncologists State They Themselves Would Refuse Traditional Treatments

The highly destructive nature of cancer treatments is well established in the medical community.  Although many oncologists treat their patients with traditional cancer treatments, many of those treating them state that they would not use the same treatments upon themselves should they ever suffer from cancer:

Chemo is often the first therapy prescribed in traditional medicine.  It may be recommended as the best treatment option for you, but it can also vary significantly in how effective it is from one person to the next.  For example, certain chemotherapy drugs can be more effective than others for certain types of cancer.  Because we are all, biologically speaking, individuals, there are many variables that can affect the success of the drug.

If you have been prescribed chemotherapy, take the first step by finding out what the most effective chemotherapy drugs are for your specific cancer through something called chemosensitivity testing.  This can mean the difference between treatment success or failure.

Chemosensitivity testing (or prechemo testing) involves testing a patient’s cancer cells with various chemotherapy drug types (or combination of drugs) to observe the reactions of the drug.  This helps patients choose the most effective drug for their cancer type and not waste any time on drugs that their cancer shows resistance to.  Many types of tumors can be tested, including lung, breast, colon, ovary, cervical, prostate, skin, intestinal, liver, kidney, and others.  Some less frequent tumors can also be tested. 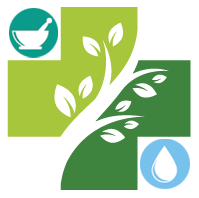 More and more people are turning towards natural therapies to cancer as a first line of defense in recognition of the serious shortcomings of traditional medicine, and the lack of education on addressing the underlying causes of the disease.   The very challenging, and sometimes fatal side effects of cancer drugs is also a significant motivating factor for a more natural approach to treatment.

Some choose natural methods in conjunction with conventional treatments like chemotherapy.  Others choose them as their primary and only cancer treatment.  A common reason for choosing a natural approach is when conventional methods either promise limited success, or have failed to successfully treat the cancer.

Traditional Chinese medicine and Ayurveda are two examples of natural healing systems that many use to treat diseases such as cancer.  There are also several natural cancer treatment protocols offered on the internet.  Sifting through the various treatments and testing them out can be time-consuming and can get very expensive very quickly (as can conventional medical treatment that generate billions in profit each year).  When it comes to a serious disease such as cancer, there is no time to waste.

When it comes to treating cancer naturally, there are specific "foods" or "supplements" or "herbs" that are marketed as cancer cures.  These are not cancer cures at all, but rather marketing gimmicks that prey on fear.

By the time you have completed reading through this protocol, you will have a solid understanding as to why these "cures" are not a path to health.  You will be able to easily sift through these "get-well" schemes because you will know exactly what steps you need to take to restore both health and balance to your body. 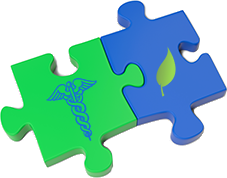 For example, Insulin Potentiation Therapy (IPT) uses insulin to deliver chemotherapy drugs to cancer cells in a targeted approach at micro-doses (1/10 of the standard dose).  Because the cancer cells are specifically targeted, and because the dosage is much smaller, there is little of the drug left over to cause a toxic reaction to other healthy cells in the body.  This results in far fewer side effects suffered by the patient.

The Body Healer protocol is a completely natural, whole-body approach to restoring health that focuses on rebuilding your immune system and detoxifying your body of harmful elements.  It is unique in that it teaches you that health is not just the absence of disease, nor is it about healing via suppression.  It is about achieving a mind/body balance, and understanding the difference between what a healthy body needs and what detracts from that health.  It is about understanding the link between illness and the vibrational state of our body, and about how the mind plays an important role in maintaining a healthy, high vibrational state. 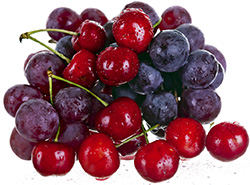 Learning how to heal is not complicated.  The protocol empowers you to have a complete understanding of how to begin immediately restoring yourself to health.  It will teach you:

Once you give your body what it needs to heal, while removing what causes it harm, your job is to stand back and allow the innate intelligence of the body to do the rest.

The Body Healer protocol can be used as a primary therapy, or to support your immune system during conventional treatment, or to prevent cancer from returning:

Used as the main treatment...

Used as the main treatment...

Many people choose a natural approach to healing their body from cancer, and many of these people succeed.  The Body Healer protocol is a very powerful and complete healing protocol for healing your body from any chronic condition.  The focus is on killing the cancer while supporting the immune system so that when you have come through the crisis, not only will you have healed your body, but you will also have a much stronger and more resilient immune system.
Used with conventional medical treatment...

Combining any cancer therapy, especially chemotherapy, with a treatment approach of strengthening the immune system and providing the body with the high-quality nutrients it needs is critical, as cancer drugs are a leading cause of cancer recurrence.  In general, conventional medicine success rates are far higher when used in conjunction with natural methods of healing cancer, because conventional methods do not focus on root cause, prevention, or strengthening the body to prevent recurrence.

If you have stage IV cancer where the disease has spread to other areas of the body (metastasis), it is especially important to realize that treatment with chemotherapy alone will rarely cure the cancer permanently.

The two primary reasons that cancers come out of remission are:
1. The diet and lifestyle factors that contributed to the original cancer are still present, and
2. The immune system has been severely compromised.

Regardless of which factors were the primary cause of your cancer, research now clearly indicates that how the disease progresses is not just dependent on the type of cancer itself.  It is the internal environment of the body (especially the health of the immune system), that plays the most significant role in influencing how the disease progresses.  Studies have shown that cancer recurrence is dramatically reduced in patients who take specific steps to strengthen their immune system as compared to those on conventional therapy who did not.

This protocol is aimed at rebuilding a compromised immune system damaged from the toxicity of chemotherapy and radiation, while also consuming a diet very high in nutrients that have powerful cancer-fighting properties.  Patients have dramatically better outcomes if their cancer treatments address inflammation reduction with anti-inflammatory foods (not medications), foods you will be eating in this protocol.

The Body Healer protocol is not only here to help you heal from cancer.  It is here to help you dig out the roots of disease, cleanse the soil, and plant seeds of beautiful vibrant flowers it its place.

After any health crisis, your #1 focus should be on rebuilding your immune system and removing the factors that contribute to cancerous conditions.  This will not only prevent any cancer recurrence, but also strengthen your body to protect it against any other illness.

Fighting cancer takes its toll not only your body, but on your state of mind and your entire life.  Your immune system has been compromised and you’ve been to hell and back surviving the ordeal.  You’ve been through the worst of it and you’ve come out a survivor.  Now it’s time to get your life back, rebuild your health, reclaim your peace of mind, and bullet-proof your body against all diseases... not only cancer.

The Protocol is Both Treatment AND Prevention

Cancer may be challenging to treat, yet it is actually simple to prevent by making the right diet and lifestyle choices.  These same choices are the ones that will not only help heal your body from cancer, but also dramatically reduce the risk of cancer recurrence.  Not only will you be free of the disease, but you will be restored to a level of health that far exceeds how you ever felt before you received your cancer diagnosis.  Your health quotient will far exceed that of the average American.

Walk Away From Cancer "Survival Rates"

The Body Healer protocol does not place any focus on survival rates, or on what percentage of people survive from what type of cancer.  There are thousands of people that have not only significantly increased the survival time quoted by doctors, but have completely healed themselves of their cancerous condition.

Time frames and survival statistics can have a very detrimental impact on the state of mind of the person reading them, and our state of mind is an extremely critical component of our recovery.  There are few things in this world more devastating, more catastrophic to our state of mind, than being given a "time frame for survival."  The impact this news has can mean the difference between surviving and thriving, or succumbing to the statistic.